We are delighted to announce the launch of  our new WST website – we have tried to take account of improvement suggestions from our users and to streamline the discovery and display of data.

We’d also like to thank all those who made time to review the beta site and provide feedback.

Master in Web Science and Digital Economy at the Faculty of Economics / Saint-Joseph University of Beirut, Lebanon.

Created in 2012 – Research Master program in french, english and arabic.

Southampton has re-organised its various Web Science activities across the University under a single new brand – the Web Science Institute – and has launched a new website to accompany the endeavour. The formal launch of the WSI is planned for June 12th. 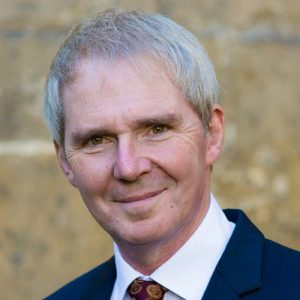 Professor Nigel Shadbolt, one of the world’s leading experts in Web Science and the pioneering co-founder of the Open Data Institute (ODI), has been knighted in the Queen’s Birthday Honours List for services to science and engineering.

Professor Shadbolt, Head of the Web and Internet Science Group at the University of Southampton and ODI Chairman, is one of the co-creators of the interdisciplinary field of Web Science. He is a Director of both the Web Science Trust and of the Web Foundation – both organisations with a common commitment to advance the world’s understanding of the Web and to promote the Web’s positive impact on society.

Together with fellow Southampton Professor and inventor of the World Wide Web Sir Tim Berners -Lee, Professor Shadbolt established the ODI in East London’s Tech City last December. The organisation is a catalyst for innovation, focused on unlocking supply and creating demand for open data to generate economic, environmental and social benefits.

“I’m surprised and delighted to be recognised with this very special honour,” said Professor Shadbolt. “I’m fortunate to have been involved at a crucial period working with outstanding colleagues in the development of both web science and the open data movement. I hope that I can continue to make a difference as we seek to understand how the web is evolving, and ensure that we are empowered individually and collectively.”

In a career spanning some 30 years, Professor Shadbolt has over 400 publications to his credit in topics ranging from cognitive psychology to computational neuroscience, Artificial Intelligence to the Semantic Web. In 2009 the Prime Minister appointed Professors Shadbolt and Berners-Lee as Information Advisors to transform access to Public Sector Information. This work led to the highly acclaimed data.gov.uk site that now provides a portal to thousands of datasets.

In April 2011 ProfessorShadbolt became Chair of the UK Government’s midata programme -which seeks to empower consumers by releasing their data back to them.

University of Southampton Vice-Chancellor Professor Don Nutbeam commented: “I am delighted that the unique contribution Nigel has made through his research and advisory work is being recognised with this prestigious honour.”

ODI Chief Executive, Gavin Starks said: “This is very well deserved. Nigel has been instrumental in helping government understand the power of the Web and Open Data over the past decade. As the founder and Chairman of the ODI, he is inspirational in his support of our work and we would like to congratulate him on being awarded this honour.”

Professor Dame Wendy Hall, Dean of the Faculty of Physical Sciences and Engineering at the University of Southampton added: “This honour is richly deserved and I know that all of his colleagues at the University of Southampton will celebrate his success. Nigel is at the forefront of some of the most important and historic developments of the way in which we use and interact with the web and a true world leader in the field of open data and its benefits to society.”