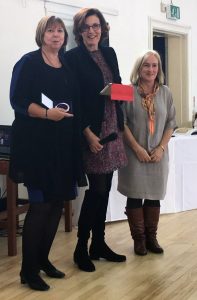 Professor Hall is one of 12 women to receive a Suffrage Science Award today (11 October) to celebrate their scientific achievements and ability to inspire others, at a special event at Bletchley Park. The event coincides with Ada Lovelace Day, an international celebration of the achievements of women in science, technology, engineering and maths (STEM).

Professor Dame Wendy Hall said: “I’m deeply honoured to receive this award amongst other extraordinary women in maths and computing. However, I remain frustrated by the need for such schemes as Suffrage Science to exist. It will only change if it becomes everyone’s issue and not just a women’s issue. We need to get the language right, which is we’re top scientists, not top women scientists”.

Women make up no more than four in ten undergraduates studying maths (London Mathematical Society), and fewer than two in ten of those studying computer science (WISE report, 2014).