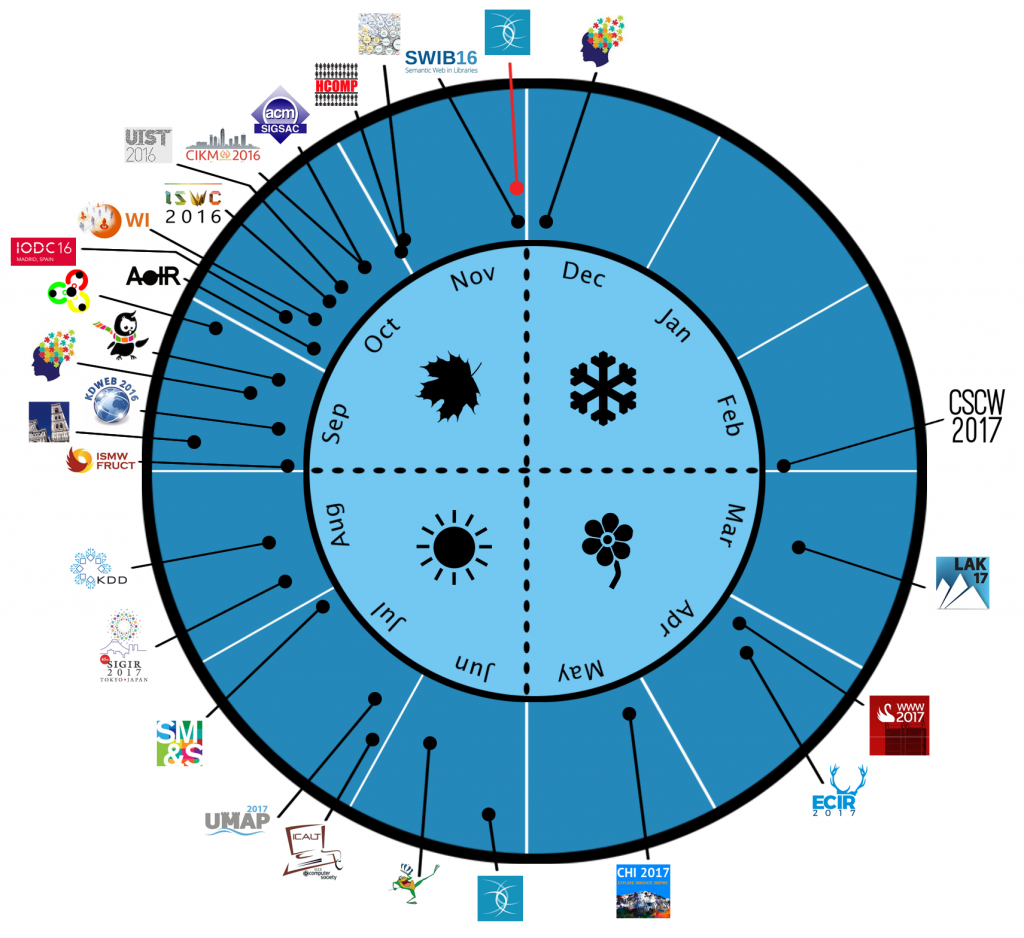 We’re celebrating our 10th anniversary this year and will be holding a special Web-based event on 29 November (more information coming soon). This seems as good a time as any to look at how the research community engage with Web Science subjects, and look ahead to conferences that explore WebSci themes. As a multidisciplinary field Web Science spans a range of subjects – from technical and infrastructural concerns to political, social, educational, and health related topics. WebSci is currently looking very healthy, and we’ve compiled a list of over 25 gatherings from around the globe to provide an overview of current research topics.

This list is by no means comprehensive. If you want to find out about other events that engage with Web Science topics, WikiCFP provides a more extensive, searchable database. Also, if we’ve included conferences in error, please let us know.