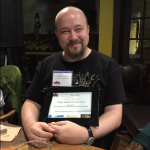 Here at WST HQ in Southampton we’ve been following events at Hypertext 2016 in Halifax, Canada over the past few days. It was a brilliant conference for our WSTNet colleagues in from the University of Southampton – with Charlie Hargood and Dave Millard picking up the Douglas Engelbart Best Paper Award. Their paper, co-authored with Verity Hunt and Mark Weal, focusses on location aware hypertext – an emerging form of digital storytelling. 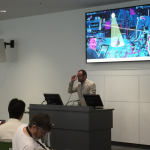 On the final day HT’16 linked with UMAP’16 and included a riveting keynote from ‘the blog father’ Hossein Derakhshan.

To get a flavour of the conference see: “ACM Hypertext 2016” on Storify, and conference proceedings.