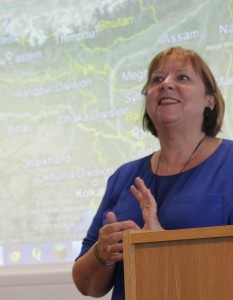 Web Science Trust Managing Director, Professor Dame Wendy Hall has been named one of the top most inspirational women in European technology by the Inspiring Fifty programme. Recognising Dame Wendy’s prominent global role in the development of the Semantic Web, and the academic discipline of Web Science (which celebrates it’s 10th anniversary this year), judges on the Inspiring Fifty panel acknowledged the significant part she has played in encouraging women into Science, Engineering and Technology. Dame Wendy has, they say:

“shattered many glass ceilings … to promote the role of women in SET, and acting as an important role model for others”.

In addition to her work at the WST, Dame Wendy is Professor of Computer Science at the University of Southampton, and Executive Director of the Web Science Institute. One of the first computer scientists to work in ground-breaking multimedia and hypermedia research, Dame Wendy’s contribution is of international significance. She currently leads Semantic Web application research, and explores the interface between the life sciences and physical sciences.