In conversation with: Jennifer Zhu Scott

In conversation this time is well-known finance and digital economy expert, Jennifer Zhu Scott. Jen recently joined the WST Board of Trustees and we are delighted to welcome her. Ian Brown sat down to find out a little more about Jennifer’s (Jen’s) path to Web Science and why she thinks we’ve invented a whole new kind of poverty and what we should be doing about it. 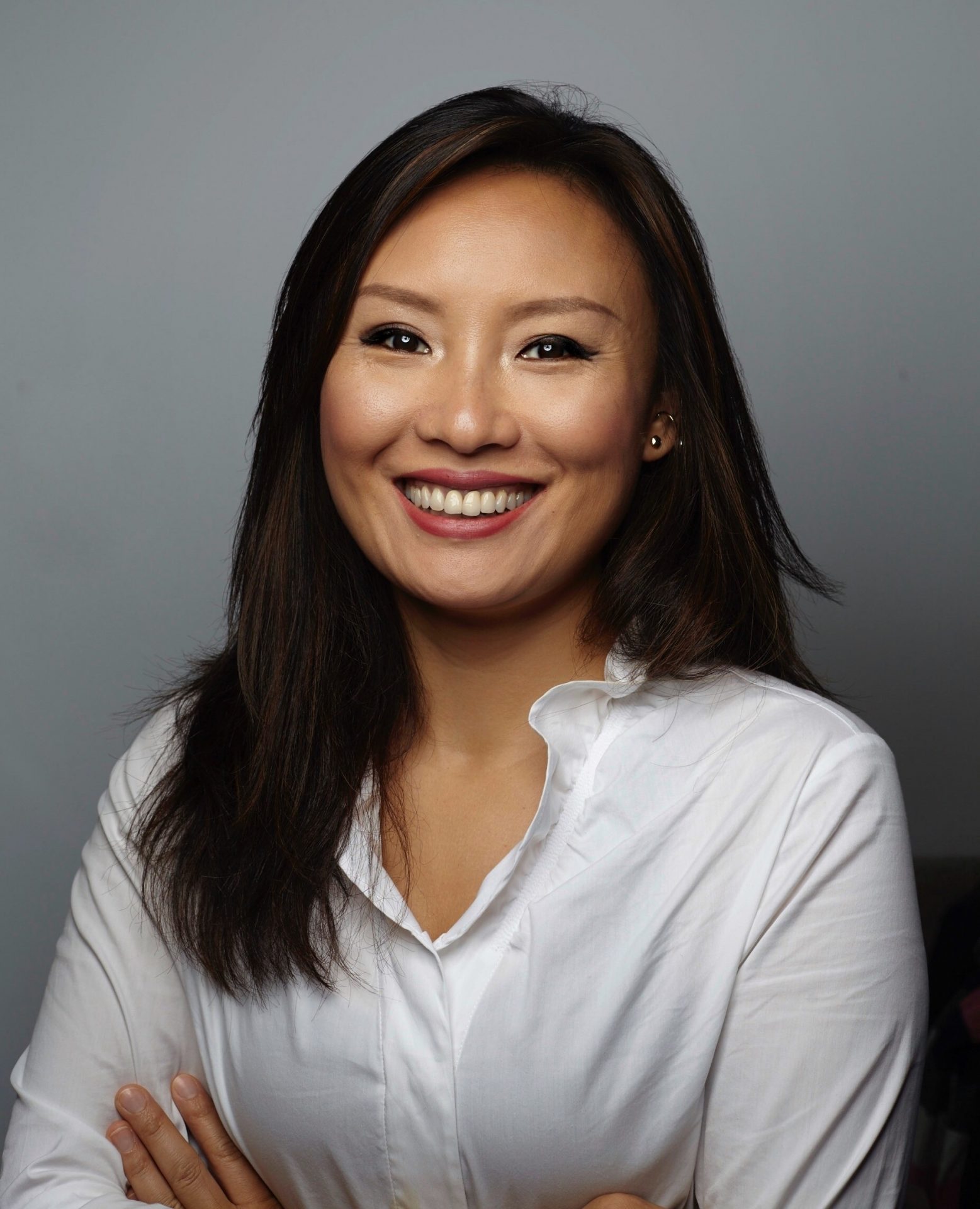 Ian: Hi Jen, welcome to the Trust and thanks for joining us today to give the WST members and supporters an idea of who you are and where your interests lie.

Jen: No problem – I’m really pleased to be joining the board at a time when there is so much important work to do.

Ian: Like many of us you didn’t start out as a Web Scientist but reading your Bio you have studied very widely across different disciplines in Sichuan, Manchester and many top institutions – that’s quite a journey – can you tell us a little about it?

Jen: I was brought up in an environment where my father was always tinkering, disassembling and reassembling radios, fixing lights and telephones. I was very comfortable with technology. When I was in university, I bought the parts and built my own PC. Technology and science is my native language. I remember being fascinated by what technology could do. Today, as a professional, it is evident that technology has transformed every aspect of our life. Whilst our understanding of technology leaped ahead at a breakneck pace, our understanding of the social impacts of technology (the socio-technological aspect)  has been moving much, MUCH slower. I knew there must be trade-offs between what technology could do and what it should do but there didn’t seem to be any good models or guidelines for that. Arguably there still aren’t.

My studies started with Applied Maths & Computer Science and when I left China I came to the UK to work and later on studied Finance in my master’s degree. Data is the essence of every discipline I’ve studied. I moved into industry working for some big FinTech data companies looking at how advanced technologies could be applied to businesses individually and what the key trends would be in (digital) value.  However, I was still interested in how all these benefits could be distributed across society more broadly and continued my studies branching into public policy – trying to understand how policy is formed and how change is driven on a larger scale.

Ian: You mentioned the importance of data and you gave a TED talk in 2019 about data and why we should be being getting paid for it

Jen: Absolutely. We are supposed to work towards a more inclusive and equitable economy, but in terms of data ownership, most of us are just equally poor. Most people haven’t understood the concept or implications of data poverty. The thing I learned in China as a child is that ownership, personal ownership, brings a form of liberty and the opportunity for improvement. At a time when seven of the top 10 companies on the planet derive their wealth from data about us, the conclusion is that data is immensely valuable – but the power struggle for the ownership and control of the data has only been between corporates and governments, and individuals have no seat at the table, yet the vast majority of data is generated by individuals.  My proposal of establishing the economic value of individuals’ data with a degree of pricing power is a way to grant the individuals’ rights in a digital economy and reflect each individual’s nuanced need for privacy.

Ian: I think it’s widely accepted that when a product is offered for free it is generally the users who are actually the product. I like to think of it as receiving “free shovels” that we use to dig up all the vegetables in our garden and give away to the supermarket where we can go to buy them back!

Jen: I would argue that in the case of the current economy, we are not even a product. Shoshana Zuboff writes in her book “The Age of Surveillance Capitalism” that we are only raw materials in the current digital economy. I tend to agree with her. We also give away our time, privacy, and mental wellbeing to constantly produce data for big tech.  I argue that in many ways our ‘free will’ is an illusion – a result of algorithms to manipulate more attention and more ad clicks. Therefore, a nuanced reflection of our privacy, health and individual priorities in our digital life is an important pillar of a fair and inclusive digital economy.

Ian: That is a constant problem on the Web – finding models that fit everyone globally.

Jen: In Europe, California, and increasingly China, the regulators approach this problem with more and more limitations and regulations. In China, to respond to centralized sensitive data collection and control, the regulators are introducing data localization rules to protect national security. There are more than 60 regulators around the world that are working on more than 150 various data localization rules. But the web is supposed to transcend borders and jurisdictions. Instead of forcing a balkanization of the World Wide Web, we should enable and empower decentralized data control and ownership that puts the individual at the center. With a decentralised model, it would be harder for one corporate to put national security at risk.

Ian: We are seeing a lot of debate about Elon Musk’s proposal to change policy at Twitter if/when he buys it. In simplistic terms are we trading free speech against hate speech?

Jen: Twitter has become a tremendously powerful platform with its algorithm driving political and social discussions around the world and whether or not Elon believes he is championing free speech for all the right reasons we have to question whether one person should be making decisions with such a huge potential impact for hundreds of millions of people around the world. Elon is using his position to improve things as he sees them, but ultimately even a “better Emperor” is still an Emperor.

Ian: So you are suggesting more regulation of these types of technologies?

Jen: As we discussed, global regulation may not always be appropriate at the local level – this is where public policy comes in. There is an important difference between asking HOW something is done and if something SHOULD be done. Technology is a bit like medicine – we should be exploring, developing, and investigating what is possible without necessarily automatically licensing/approving every discovery, everywhere before understanding the costs, trade-offs, and local impacts.  This is about value-driven leadership  – moving beyond profits towards benefits and improvements for society as a whole. 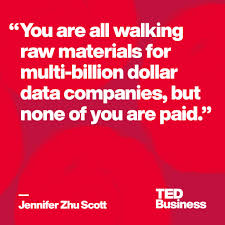 Ian: But would you support the large-scale use of personal data in some cases? Some people argue that small amounts of data “don’t count” ..

Jen: Arguing that individual data doesn’t count is like arguing that one vote doesn’t count – it’s the principle that counts and it certainly matters to the individual. Data at scale is valuable of course – the question is who has the control. I chair The Commons Project, a tech non-profit that’s working towards interoperability and global health data standards that will allow us to respond to national and international events like pandemics by quickly sharing data between different countries and labs globally so the borders won’t need to shut down for so long. Covid has shown us the need to be able to react quickly and globally. At The Commons Project, we do not monetize individuals’ data. While there is a large amount of data in the mix, we minimize the data collection and maximize privacy protection. With the right governance model, you can build tech that puts the people at the center.

Ian: So with use cases like this that employ global technical standards for health data where is the place for Web Science?

Jen: Web Science brings together a host of interdisciplinary approaches from technology, law, philosophy, medicine, government (and many more) to examine the issues and decide the most important questions; even if we can do something, when/where is it appropriate to do so? How can we do it so there is clear accountability to the people and society?

Historical medical data about a terminated pregnancy might inform health policy generally and future medical treatment for that one patient specifically but it might also get that patient prosecuted, imprisoned (or worse) in certain legal jurisdictions, or where policy/public opinion may change over time. We need to think beyond the narrow impact (or profit) in the present and consider the longer-term, wider strategic impact of these decisions.

Ultimately the question is much more nuanced than “how can we capture/store the data?”.

In China, the ride service DIDI collected detailed journey/location information on over 550 million passengers and 10’s of millions of drivers. DIDIs aggregated data on billions of journeys offered detailed maps/models of locations that were not even on official maps and that showed who had been where and when. When attempting a foreign (US) listing in 2021 the Chinese government became uncomfortable about the international security and privacy implications of the data and has moved to restrict DIDI’s operations through the removal of the associated apps from mobile platforms as well as an investigation of the company’s potential abuses of personal data.

It goes to show that data and networks of data “at scale” have very different social implications to smaller private data stores – Web Science focuses on these types of networks at global scale.

Ian: What do you see as the role of Web Science going forward? What would you like to see happen?

Jen: We should be looking to educate users about how their data is used, how valuable it is, and why they should be managing it better. In Web2, companies like Facebook have data monetization baked into their business model. Their algorithm is designed to hook users to spend more time on their site because ‘time on site’ is an important determinant of advertising pricing. What the algorithm discovered is that when people are angry they tend to stay engaged for the longest time. This is why platforms like Facebook are full of divisive, provocative content that’s designed to trade your rage for advertising dollars. We live in a more and more polarised and divided world so Mark Zuckerberg can become a multibillionaire. Web Science Trust should gather the brightest minds in the world in our field to actively educate, debate, participate and build a healthier digital world.  There are so many more issues to address – how AI interacts with our data, the responsibility for the algorithms, the crypto-asset bubble, the lack of security and value model for NFT and the list goes on. It all centers around data: the use of data. the value of data, the ethics of data, and the ownership of data.

If our view of the world on the Web (what we see and what we are served up via search and social media) remains so strongly controlled by a combination of a data-centric 360-degree profile of our activities and profit-centered algorithms then I would argue that it’s not only a huge privacy issue, as people have argued – our freedom of information, our freedom to choose and, with it, our free-will are severely impacted. Does free will actually become an illusion?

We need an impactful, multi-disciplinary conversation about data: its value, its uses, its ownership, and its potential benefits for society – that is where Web Science can and must make an impact.

Ian: Jen – thanks for joining us and once again welcome to the Web Science Trust!