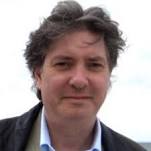 By Kieron O’Hara – University of Southampton (Author feedback to kmoh@soton.ac.uk)

The problem with capitalism

The Internet has always been a beacon of hope for those with a radical vision. As early as 1996, John Perry Barlow, of the Electronic Frontier Foundation (and lyricist for the Grateful Dead) had published the Declaration of the Independence of Cyberspace, which began:

“Governments of the Industrial World, you weary giants of flesh and steel, I come from Cyberspace, the new home of Mind. On behalf of the future, I ask you of the past to leave us alone. You are not welcome among us. You have no sovereignty where we gather”

and went on to suggest that

“Your legal concepts of property, expression, identity, movement and context do not apply to us. They are all based on matter, and there is no matter here”.

It turned out that Barlow’s Declaration of Independence didn’t matter much either.

In more recent years, commentators have argued that the Internet is a key tool in the anti-capitalist movement. Robert McChesney argues that it

“is central to the movement to build a more democratic society and extend self-government to the economy”.

“Capitalism”, says Paul Mason “will be abolished by creating something more dynamic that exists, at first, almost unseen within the old system, but which will break through, reshaping the economy around new values and behaviours”.

Well, good luck with that, but we should note that Mason’s post-capitalism is only possible because of advances in IT; automation will undo work, while information is abundant, fuelling collaborative production and the sharing economy to sidestep the hierarchies and disciplines of the market.

“The thing that is corroding capitalism is information” says Mason.

He is certainly correct that abundant information sets new problems for the capitalist democracies, that models based on information monopolies and surveillance are deeply unsatisfactory, and that the Internet facilitates all sorts of non-standard, unusual and altruistic human interactions and exchanges. But will this actually lead to the destruction of capitalism?

It had better not, because the Internet depends on capitalism.

The problem without capitalism

The metaphors of the digital are entrancingly ethereal – cyberspace, the cloud, virtual reality, the World Wide Web. Information washes around almost without friction and yet we still have to access this unearthly realm with real physical devices: things you can drop on your foot; whether PCs, smartphones or futuristic implants in the brain. Brilliant designers need to come together with engineers and managers to create them. Applications need to be designed, and marketed, to develop networks of users with sufficient scale to provide all the benefits of communication and sharing information. Innovative screens and interfaces make it possible to get information from ever  smaller pieces of kit.

Can we do this without Apple or Google, or the thousands of start-ups able to experiment because they are protected by capitalism’s bankruptcy laws? Intel, Qualcomm, Nvidia and their rivals will continue to increase the capacity of computer chips, in factories staffed by real people and robots, as they have done for the last 50 years, so that our digital world can grow and grow. Moore’s Law was not determined by fiat in the Soviet Union; Moore’s original calculation was based on his observations of the economics of the US semiconductor industry in a capitalist environment.

These devices have to be built out of materials dug out of the ground by miners, including rare metals from across the globe. We need copper wires to host the ethereal cloud, carrying information and electricity. Oops, now we need RTZ and Anglo American.

The electricity to power them is generated from fuels of various types (miners, oil and gas companies, renewables companies), in giant power stations and sent through national grids. So step forward Powergen and E.On, or something like them. Portability requires batteries, and they demand still more materials, compounds of lithium and the like. Welcome, Toshiba, Sony and Tesla.

The cloud itself is a network of hundreds of big data warehouses that store information a number of times over to avoid the risk of accidental loss. Storage creates heat, so that’s a lot of air conditioning. Data warehousing generates about the same amount of humanity’s carbon emissions as the airline industry, which is given a much harder time, perhaps because it is less metaphorically intangible. Anyway, so that’s Amazon we need, as well as companies you’ve never heard of, like Equinix, to provide interconnection services.

These colossal pieces of infrastructure demand a huge amount of up-front investment, whose return won’t be realised for years, if not decades. That will require someone to lend the capital and absorb the risk of default – let’s say hello to the banks. Organisations which have to function over such long periods of time toward a single goal will require good governance, and so auditors enter the picture – PwC, come on down. Investments of such longevity will need stability and as little uncertainty as practicable – so we need security and cybersecurity firms, insurance, international links, GCHQ and anti-terrorism measures.

Each one of these undertakings is massive, and they are all collectively necessary to provide the fluid information space that we know as the Internet. Unsurprisingly, capitalism isn’t the whole story. States have an important role in all of these areas, as do small firms and cooperatives. And without the billions of individuals using the Internet and creating the content, it would have no point. The Internet itself was a military invention, while the World Wide Web was a simple set of protocols designed by a physicist who wanted to share scientific papers more easily. Capitalism didn’t build, and probably couldn’t have built, the Internet . Indeed, had Tim Berners-Lee charged people to use the Web, probably no-one would ever have used it.

BUT: equally, were there no capitalism, what alternative system could we offer that would support and integrate the gargantuan undertakings required, to get applications onto devices, devices into the hands of users, electricity to power them and banks to finance them? If the postcapitalist world wishes to luxuriate in the same level of information flow as currently, then it would need to provide new mechanisms to coordinate the activities and labour of millions of individuals over tens of years to produce outcomes so finely tuned to humanity’s desires. What would a giant postcapitalist datacentre look like? A power station? A chip fabrication factory? An insurance scheme? An audit?

Capitalism enabled online development to anticipate what people would want not only now, but some years hence. No alternative system of centralised planning or decentralised coordination can make that boast.

From Greeks to Geeks

In Plato’s Republic, Socrates is asked by his friends to construct a plan of a just state, which he does, describing its frugal way of life. “Hang on,” says Glaucon, one of his interlocutors, “you have not given them a relish with their meal. They need sofas to lie upon, sauces and sweets in the modern style, and the ordinary conveniences of life.”

“Ah,” says Socrates, “you are asking not only for a just state, but a luxurious one. In my opinion the true and healthy constitution of the State is the one which I have described. But if you wish also to see a state at fever heat, I have no objection. For I suspect that many will not be satisfied with the simpler way of life. They will be for adding sofas, and tables, and other furniture; also dainties, and perfumes, and incense, and courtesans, and cakes, all these not of one sort only, but in every variety; we must go beyond the necessaries of which I was at first speaking, such as houses, and clothes, and shoes: the arts of the painter and the embroiderer will have to be set in motion, and gold and ivory and all sorts of materials must be procured.”

The new state will need to defend its land, go to war, and so need an army, and arms. It will need agricultural surpluses, and decision-making methods that will scale to a larger population. It will need doctors, women’s dresses, animals to eat, musicians, actors, servants.

In other words, Socrates tells Glaucon, if you want to preserve the luxuries which we now possess, as well as the justice which you crave, you will need a system capable of supporting all the industries and activities we have now.

This is Glaucon’s dilemma. If we want to get rid of the injustices by getting rid of the system, we lose its benefits as well. Socrates’ insight remains relevant in the Internet age. If the Internet is essential to the brave new post-capitalist world, it will be lost as soon as capitalism is swept away.

Where do we go from here

Of course it is extremely desirable for new forms of cooperation and interaction be experimented with, and new economic models tried out. Wikipedia is a wonderful thing. Decentralised technologies can surely improve the lots of billions of people. Capitalism itself, and its regulation, have to evolve to ameliorate the asymmetries of information and the massive monopolies that the Internet has spawned, and give us more control of our personal data. But however it differs from the here and now, the new world will have to sit on top of the massive physical and economic infrastructure that only capitalism can provide.

Let’s hope capitalism stays healthy, then, for the Internet’s sake.