Welcome to our new series on PhD student profiles. In this series, we’ll be visiting PhD students across the globe and showcasing their unique research in Web Science.

In our profile, we’d like you to meet Ipek Baris – a first year PhD student at WeST University of Koblenz-Landau. Ipek’s research is sponsored by the Co-Inform project of the European Union. The project aims to research and develop tools and methodologies for combating online misinformation. 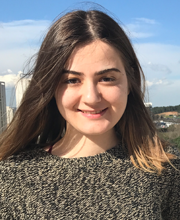 We asked Ipek how she was developing the topic further. She explained that “my research focuses on understanding misinformation diffusion by investigating user interactions in online media. I aim to use indicators of misinformation as features of neural network based architectures for early detection of misinformation, and seek to know whether the answers for these indicators differ among different cultures, nations and topics such as politics or health”.

Ipek continues “as initial work, I investigated these indicators in an English rumour dataset and participated in RumourEval 2019 with a neural network-based architecture, which was ranked 2nd on the task of assessing the veracity of rumour”. You can read more about this work in an upcoming paper titled “Convolving ELMo Against Rumours” in the proceedings of SemEval 2019, an international workshop on semantic evaluation.

“I chose Web Science at WeST for pursuing my PhD on misinformation because Web Science has close interactions with computer science and other disciplines, such as social science, political science and more”, she says. “At WeST, I have the opportunity to work for my PhD with researchers from different backgrounds and disciplines. This opportunity helps me to progress faster and to be more productive in my research”.

Ipek looks forward to developing her research further at WeST, and hopes to publish more research about combating misinformation online.

This years’ Web Science Summer School featured keynotes from WST chair, Jim Hendler, and board member, Noshir Contractor. Hosted by the Institute for Web Science and Technologies (WeST) at the University of Koblenz-Landau, Germany, the School ran between 30 June and 6 July. A range of tutorials and project work covering Computational Social Science, Social Machines, Politics, Entrepreneurship, and Law were run for the 20+ participants. 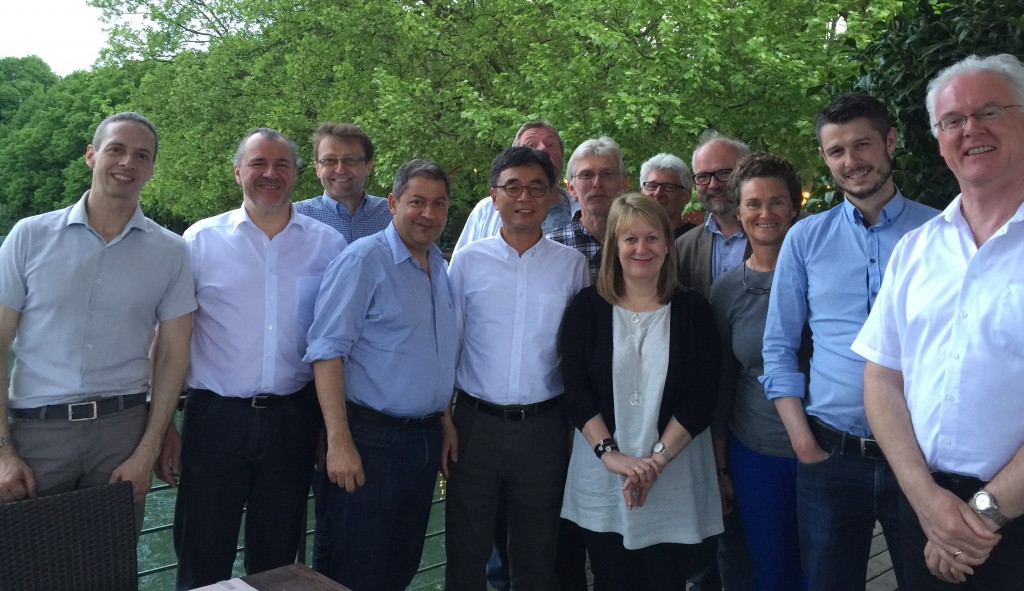 On June 14th-17th, the Third International ACM Web Science Conference was held in the city of Koblenz, Germany, for the first time as an ACM conference. As with the first two conferences, held in Athens and Raleigh, NC, there were great papers, posters and discussions. And again as before, Twitter and social networks were important resources of data and sources of problems for Web Science; other topics that loomed large were hacktivism, cybercrime and cyberwarfare, online trust, the Web as a learning tool, and the Web as a means for recording or retrieving aspects of our lives. Of the 198 submissions from 30 countries, 17 were selected for long presentations, and a further 15 were given demanding shorter slots. Three workshops on the Web Science Curriculum, Health Web Science and Altmetrics, preceded the conference as a whole, and a lively poster session demonstrated not only how many facets of life are now affected or influenced by the Web, but also how many relevant and fruitful approaches there are to its study. Illuminating keynotes were given by Jaime Teevan of Microsoft, who showed how keeping a record of changes in a webpage could tell us interesting things about our evolving interests while more practically helping improve search, and sociologist Barry Wellman, who explained how we are embedding ourselves, and finding meaning in our lives, from increasingly many overlapping social networks, with the help of technology. Barry’s message in particular was an important corrective to a recent trend toward techno-pessimism.

In a short ceremony to wrap up a hugely enjoyable conference, a very close-run ‘best paper’ award had to be shared between ‘Sic Transit Gloria Mundi Virtuali? Promise and Peril in the Computational Social Science of Clandestine Organizing’ by Brian Keegan et al from Northwestern University, the University of Minnesota and the University of Southern California, and ‘The Effect of User Features on Churn in Social Networks’ by Marcel Karnstedt et al from DERI Galway and the Open University. As well as these two, ‘Negotiating the Web Science Curriculum through Shared Educational Artefacts’ by Su White et al was singled out for special mention.

The best poster was ‘Asymmetric Cyber-warfare between Israel and Hezbollah: The Web as a new strategic battlefield’ by Sabine Saad et al from Saint-Joseph University, Beirut. The final task fell to Wendy Hall of the Web Science Trust, and Ethan Munson, chair of the ACM SIGWEB, to announce that the Fourth International ACM Web Science Conference would be chaired by Noshir Contractor of Northwestern University, USA, and would be held in Evanston IL on June 22nd–24th 2012.

The PDFs of all the papers and posters can be found at http://www.websci11.org/program/

The third conference in the annual Web Science series began yesterday (Wednesday 15 July) in Koblenz, Germany. This is the first conference in the series to be officially designated an ACM (Association for Computing Machinery) event.

Professor De Roure commented on the high number and quality of the submissions to this year’s conference, and the global spread of contributors. ‘The conference is unique in the manner in which it brings multiple disciplines together in creative and critical dialogue,’ he said.

The first conference keynote was delivered by Dr Jaime Teevan, researcher in the Context, Learning and User Experience for Search (CLUES) group at Microsoft Research. She demonstrated the importance of studying and analysing historical changes to web pages over time as a way of understanding the dynamics of web search, and helping improve browser, crawler and search engine behaviour.

The first Conference session, ‘Analysis of the Web and Web Users’, included presentatons on the value of analyzing spatio-temporal dynamics on Twitter and ways of improving search experiences on the Web.

In the Conference Programme, Professor David De Roure and Scott Poole write: ‘As a measure of community activity, the conference demonstrates the increasing breadth and quality of research in the Web Science area, and the programme illustrates exciting developments in the study of Web Science both in results and methodologies, with a growing body of empirical work that brings new insights to the micro and macro behaviour of the Web.’