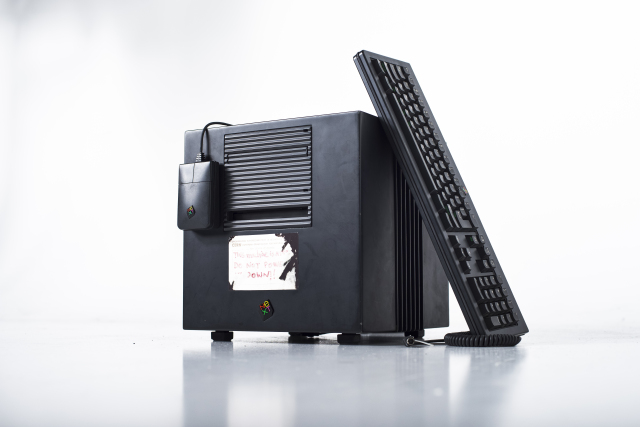 Starting 30 years ago this week, the World Wide Web has grown from a single node (on an exotic NeXt server) to truly capture its bold title. Click here to see Tim’s vague-but-exciting proposal.

We wish Tim and all his colleagues who worked on the early WWW project a very happy anniversary.

Here are a few of the articles/groups celebrating the day..

BBC News – What was the Web like 30 years ago

Click here to read Tim’s open letter about 30 years of the Web and here to see his BBC interview about the Web.

Sir Tim Berners-Lee, the inventor of the World Wide Web, and the recipient of the most prestigious honour in computer science, the Association for Computing Machinery (ACM), the A.M. Turing Award, will deliver his Turing Lecture as a keynote speaker at the WebSci18 Conference on Tuesday 29 May 2018.

His lecture could not come at a more interesting time for Web Scientists, with the potential scrapping of Net Neutrality in the United States. Berners-Lee tweeted on December 12th, 2017 that Net Neutrality had allowed him to invent the Web and that by removing protections would mean an end to creativity and a disaster for the Internet.

The future of the Web depends on people like Berners-Lee, to act as a kind of steward, who can guide us in the right direction. Definitely, a date to save in the diary! Book your place for the conference now:

“The Two Magics of Web Science” 10 Years On

Ten years ago this week delegates gathered in Banff, Canada, to hear Tim Berners-Lee present his keynote speech at the World Wide Web Conference. The theme of his talk was the ‘magical’ relationship between the Web’s technical protocols and social conventions – and what the interaction between them meant for newly minted field of Web Science. 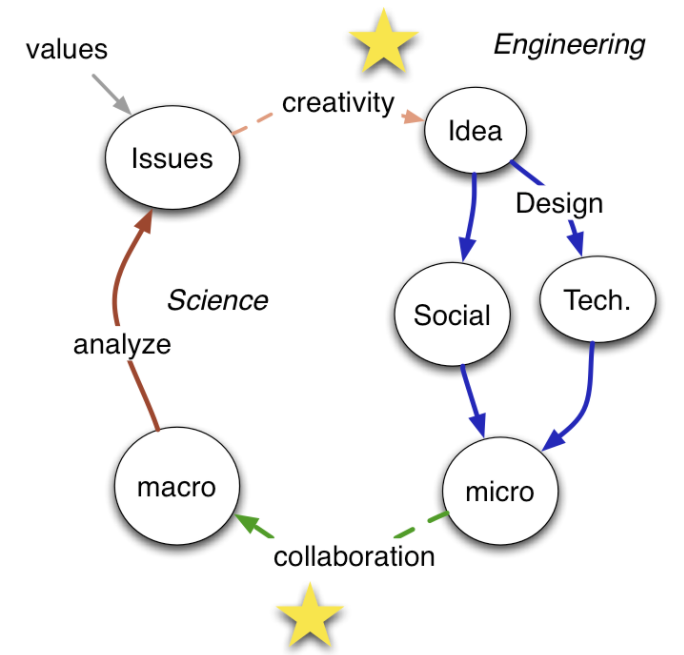 Berners-Lee identified two ‘magics’ (stuff we don’t understand yet) at play in this relationship. The first is when the microscopic interaction between two people on the Web scales to produce a new macroscopic phenomenon. The second is the ‘creative magic’ required to identify new microscopic designs that could have positive macroscopic effects.

Incidentally, the keynote inspired Greg Cypes (then Tech. Lead on AOL’s Instant Messenger) to use a brand new Web app – ‘Twitter’ – to use the term ‘Web Science’ for the first time on the platform.

No one liked or retweeted the message, but 10 years on, and several billion microscopic interactions later Web Science continues to improve our understanding of the Web’s impact on society. Members of the Web Science Trust Network carry out ground-breaking work in a wide range of areas, including: developing tools to identify robots on social media, exploring the potential of open data to transform society, and making interaction with computers easier for Web users.

These and many other topics will be discussed next month when experts and researchers gather for WebSci’17,  the 9th International Web Science Conference at the Rensselaer Polytechnic in Troy, New York. 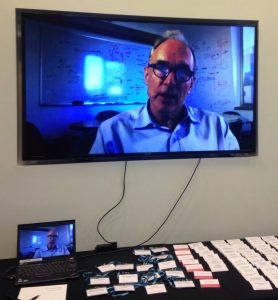 As Web researchers gather at the annual World Wide Web Conference in Perth, the Association for Computing Machinery (ACM) has named Sir Tim Berners-Lee, the recipient of the 2016 ACM A.M. Turing Award. Berners-Lee, a Professor at Massachusetts Institute of Technology and Honorary Professor at the University of Southampton, was cited for inventing the World Wide Web, the first web browser, and the fundamental protocols and algorithms allowing the Web to scale.

In 1989 Berners-Lee proposed a global hypertext project, to be known as the World Wide Web. Based on the earlier “Enquire” work, it was designed to allow people to work together by combining their knowledge in a web of hypertext documents. He wrote the first World Wide Web server, “httpd“, and the first client, “WorldWideWeb” a what-you-see-is-what-you-get hypertext browser/editor which ran in the NeXTStep environment. This work was started in October 1990, the program “WorldWideWeb” first made available within CERN in December, and on the Internet at large on 6 August 1991 – when the world’s first website, http://info.cern.ch was launched.

In 2004, he was knighted by Queen Elizabeth II for his pioneering work. Named in Time magazine’s list of the 100 Most Important People of the 20th century, Berners-Lee was honoured as the “Inventor of the World Wide Web” during the 2012 Summer Olympics opening ceremony, in which he appeared in person, working with a vintage NeXT Computer at the London Olympic Stadium. He tweeted “This is for everyone”, which was spelled out in  lights around the stadium.

Central to the universal adoption of the World Wide Web was Berners-Lee’s decision to develop it as open and royalty-free software. Berners-Lee released his libwww software package in the early 1990s, granting the rights to anyone to study, change, or distribute the software in any way they chose. He has continued to guide the project and work with developers around the world to develop web-server code. The popularity of the open source software led to the evolution of early web browsers that are credited with propagating the Web beyond academic and government research settings and making it a global phenomenon.

With the founding of the Web Science Research Initiative (later Web Science Trust) in 2006, Berners-Lee was instrumental in the establishment of Web Science as a multi-disciplinary academic field, and the institution of the annual International ACM Web Science Conference. To mark the 10th anniversary of Web Science he sent a message to via our TV Channel, focussing on the importance and urgency of the research in the field.

The ACM Turing Award, often referred to as the “Nobel Prize of Computing,” is named for Alan M. Turing, the British mathematician who articulated the mathematical foundation and limits of computing. The award will be presented the ACM Awards Banquet on June 24 in San Francisco, California. 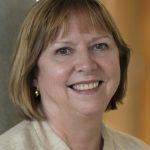 Our Managing Director, Professor Dame Wendy Hall joins Jimmy Wales (Co-Founder, Wikipedia), and Baroness Martha Lane-Fox, (Founder of the Internet educational charity, Doteveryone and contributor to our recent WebScience@10 TV Channel), along with many other luminaries in this years’ Debrett’s 500 list.

Described as ‘a leading light in the development of web services’, Dame Wendy is recognised by Debrett’s for her pioneering role as one of the first computer scientists to embark on serious research into multi- and hyper-media technologies before the existence of the World Wide Web. A Professor of Computer Science within Electronics & Computer Science, Dame Wendy also draws praise as a founding director of the the Web Science Trust, alongside Web pioneer, and WST Senior Fellow, Sir Tim Berners-Lee.

Compiled in consultation with independent expert practitioners and commentators in each of the categories, The Debrett’s 500 was launched in 2014 to identify and celebrate the most influential people in British society. All the people in the Debrett’s 500 are scrutinised for their level of influence in shaping the lives, choices and ideas of others. Dame Wendy has featured in every Debrett’s 500 list since its launch.