In Conversation with: George Metakides

In this interview we sit down with Prof. George Metakides, one of our esteemed WST trustees, to talk about democracy in the digital space and why you should be  concerned.

Ian: George, thanks very much for taking the time to chat with me today.

George: Always pleased to take the opportunity to talk about Web Science and Digital Enlightenment.

Ian: George, you’ve been linked to both Web Science and Digital Enlightenment perhaps we could start by contrasting the two.

George: Well we founded an organisation we called the Digital Enlightenment forum 12 years ago around the same time as WST was founded (the Web Science Research Institute WSRI back then) and we had a great deal in common: both groups  have been  looking at the digital space to move beyond the idea of what CAN be done to focus more on the notion of what SHOULD be done. Modern global networked technologies like the Web have a tremendous capacity to help and improve the quality of our lives but at the same time there is the capacity for them to be mis-used to exploit, control and undermine our privacy , freedoms and democracy itself.

Ian: Wasn’t it Kranzberg that said that “technology is neither good nor bad – nor is it neutral”: do you see it that way?

George: Indeed. I should note that it is no accident that historically, new technologies had the military as their first and major users. Many types of technology can be turned to  negative uses whilst retaining their potential for good and so we must understand that technology needs to walk hand-in-hand with regulation so as to promote the good while minimizing the bad

Ian: So its not enough to ask HOW we do something – we must also ask WHY we should do it – in effect IF its a good idea at all? In some sense moving from what is possible to what is socially desirable?

Ian: Can you give some examples?

George: We need only look at the way in which the (reasonable) pursuit of profit by businesses has generated an (unreasonable) reduction in personal privacy through what has been called  “Surveillance Capitalism”.   For example, the big tech platforms did not start out explicitly wanting to invade our privacy *per se* – they merely wanted to make better quality recommendations about things we might want, based on things we had already purchased. In the drive to know more and more about customers, companies have started to track and identify us across multiple apps, systems, identities and locations and have built chillingly accurate profiles from which they deduce/predict a great deal more about our behaviour than we know ourselves and without our knowledge about what those predictions are.  This can be benign or threatening depending on how, when and by whom it is used

Ian: Given we can vote, can we not rely on the democratic process to restrain and control this sort of snooping by corporates and governments?

George: We have recently run a summer school in Vienna  coorganized by the Digital Humanism and Digital enlightenment organizations looking at democracy in the digital age and the conclusions are quite disturbing.

There has been a level of optimism (or even euphoria) around liberal democracy ever since the end of the cold war – the assumption that the ideological war for democracy, free-speech, capitalism and freedom had been “won” and would eventually universally (and irrevocably) accepted as the de facto way to live.

The euphoria of the 90s (overoptimistically considered as the “end of history”)  was primarily caused by the dissolution of the Soviet Union as analyzed by many . What few realized at the time was that there was another factor generating optimism which was the blossoming of the web into a vision of an “e-agora” (in the tradition of the public marketplace) where well –informed citizens would engage in democratic processes enabled by the Web. Alas, this was not to be.

Today, practically all surveys ( EIU, Freedom house and others) document a “backsliding of democracy worldwide with young people, in particular, participating less and less in democratic processes and more and more people expressing support for “anti-systemic” political parties and/or so-called “strong leaders”.

Younger people (though not only younger people)  surveyed  express little patience for the  four- or five-year cycles of government which seem unresponsive to their needs/goals and they become increasingly drawn to charismatic, go-getting and even aggressive “rule-breakers” and self-styled “strong men” (Trump, Putin et al) in what has been called the “Age of the strong man”. They are frustrated that politicians no longer seem to represent their constituents but are instead driven to act along party political lines and those of party backers (corporates, unions and other interest groups that run outside (or even counter to) the communities that politicians are supposed to represent. The growth of Anti Political Establishment Parties (APEp’s) seems a good indication that people are looking for alternatives that they are not seeing in mainstream politics.

Ian: You are painting a fairly dark picture of where this is all heading – is there anything we can/should be doing to combat this trend?

George: Democracy requires ”participation”, engagement and discussion – but there are issues  with the way this is carried out in social media which can leaves us vulnerable to being provoked, nudged and even radicalised if we have no broader framework of social groups and peers with whom to engage . Filter bubbles can and do simply re-inforce extreme views.  As those with extreme views are more predictable customers when it comes to the tech platform choosing the ads they are most likely to click.

Besides the “standard” tools of democracy such as elections and referenda  there has been a rise in the last few years of other forms of participation such as “citizen assemblies” and  other “deliberative democracy”  processes. that encourage multiple viewpoints and sources of reliable information which feature respectful debate, compromise and sharing (Win:Win mindset) rather than aggressive posturing and brinkmanship (Win:Lose mindset). We should definitely be encouraging these forms of engagement.

Ian: What would your summary message be to those reading this interview?

George: Well whilst it is clear that there is plenty of inequality and dissent around the world that has little/nothing to do with the Web, I would say that keeping a firm hold of how Web-enabled technologies develop is important as the Web reflects and reinforces so many aspects of modern society:

Ian: Thanks for a fascinating discussion George. 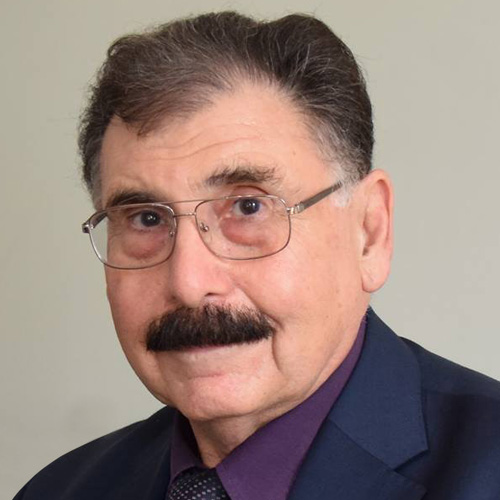 In addition to being a WST Trustee, George is a well-known academic, author and was the director of the EU ESPRIT progam from 1993-1998.

Please join me in welcoming Matt Weber as the new WSTNet Lab Director part of the NetSci group in the School of Information and Communication at Rutgers.

We’ll be interviewing Matt in the upcoming weeks to talk about his group, his research interests and how how he plans to work with/through WSTNet as our latest member. 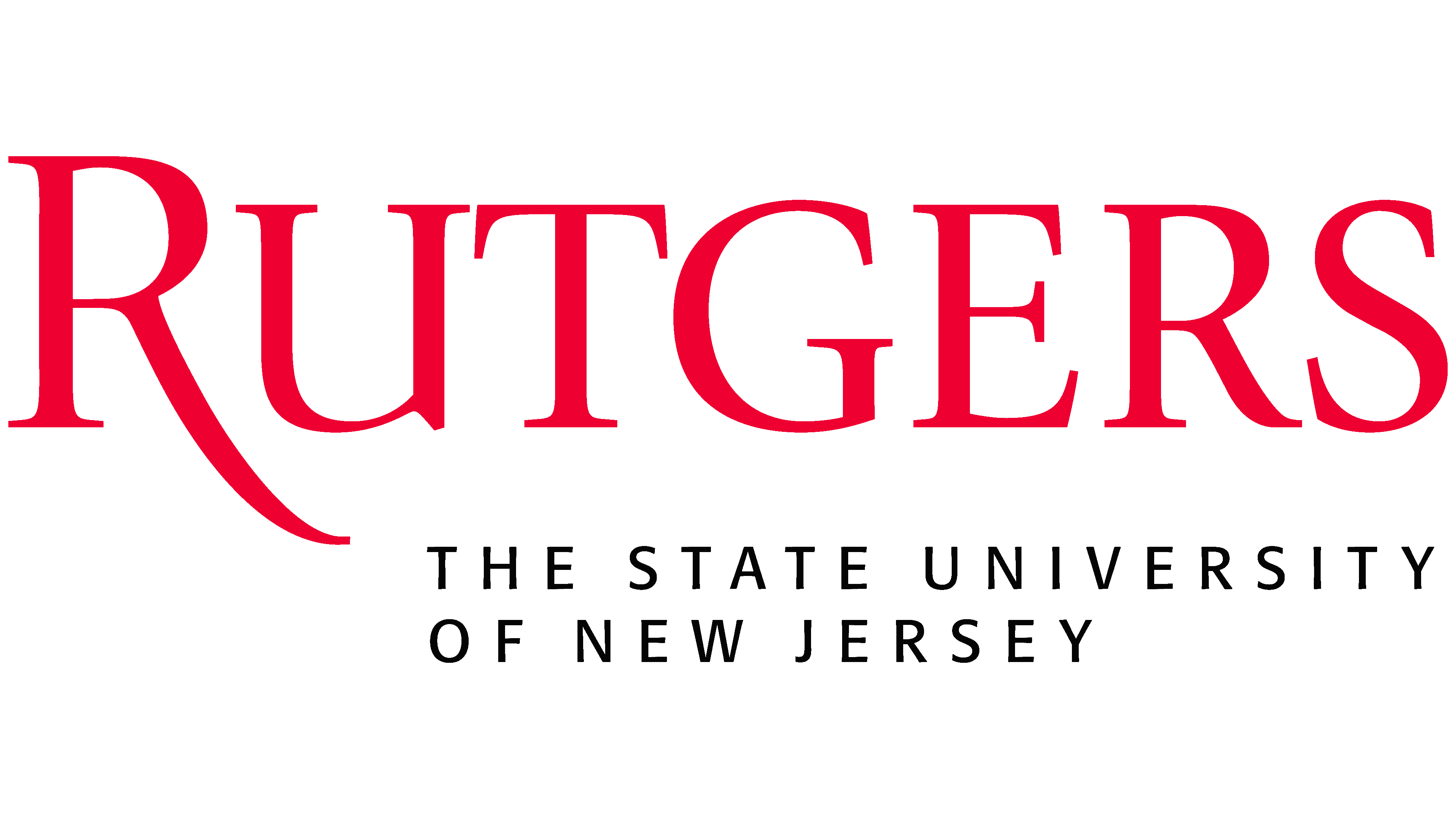 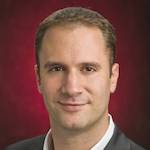