His achievements spanned the latter quarter of the 20th Century with ground-breaking inventions such as an affordbale microprocessor-based pocket calculator, a range of low-cost Z80 based personal computers and the (in)famous C5 personal transport pod.

Sir Clive has been credited with making BASIC programming accessible to the general public with the Z80, Z81 and Spectrum machines ranking amongst the most popular and affordable machines brought to market years before the introduction of the IBM PC.  Many IT professionals (including the author) got their start with a Sinclair computer at a time when only offices and schools could afford personal computers.

Whilst his vision of personal transport attracted considerable criticism at the time of the product’s launch, Sir Clive was arguably massively ahead of his time with a vision of electric cars having been shown to be rather prescient though technology, tools and specifically batteries taking decades to catch up with that vision.

He opened many people’s eyes to the opportunities of computing and technology though famously did not use computers himself preferring to use a sliderule claiming that he found it distracting to use computers as he would focus on imprioving/redesigning thenm rather than the job at hand.

He was named “businessman of the year” in the 80’s by Margaret Thatcher and Knighted by the Queen 1983 for services to the technology industry. 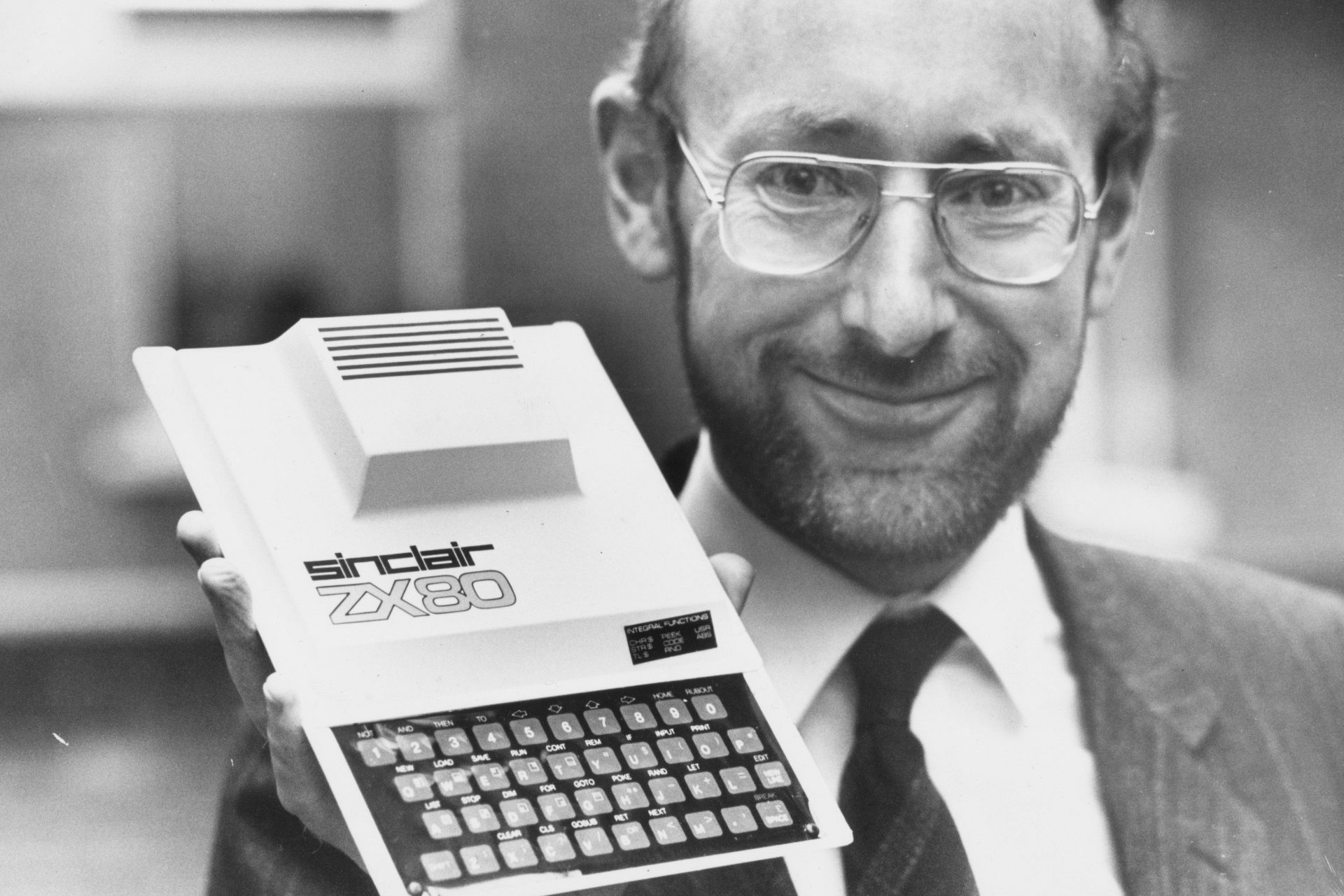